Park West Gallery Hosts a Benefit for the Open Door 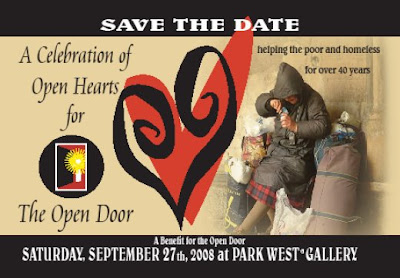 In 1967, a small handful of members of the Fort Street Presbyterian Church had the compassion and courage to open their hearts, and the door to the needs of the homeless and hungry in downtown Detroit. As the economic and architectural landscape of the city has changed, often times not for the better...one thing that has remained unwavering is the beacon of hope that shines from beyond the Open Door. Having served over 1 million meals since it began, the Open Door now operates from three locations and offers programs and services that provide care to nearly one-thousand people each week.
Posted by ParkWestGal at 11:08 AM