The Art Auction Team along with the entire Explorer of the Seas crew recently donated over $20,000 to various charities! When asked about their fundraising efforts, Fundraising Organizer and Park West Art Auctioneer, John Block had this to say:

"Many of our crew members come from very economically depressed countries, and most of them have wives or children at home that they are here to support. Many of them are far worst off this year than in others. When you consider that these crew members of modest means donated over $20,000 in a month to help children in need, it gives you hope for a better tomorrow." 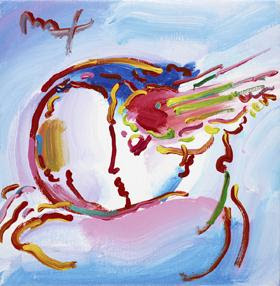 The Explorer of the Seas Art Auction Team recently conducted several events to raise money for charity in the ship’s ports of call. One of the most successful events was a Crew Auction to benefit an orphanage in Dominica and a Children’s Hospice in Antigua. All crew members were invited to attend and the event was held in the “Back Deck” or crew recreation area onboard the ship.

The auction began at midnight so nearly all of the ship’s crew could attend. Artwork from Park West Gallery was auctioned as well as items such as; a bridge tour, engine room tour, use of a balcony guest stateroom for a cruise, dinner with senior managers, the opportunity to drive a rescue boat, sound the ships horn, as well as ballroom dance lessons, figure skating lessons and literally dozens more. Some of the ship’s local celebrities, including performers and senior management, even allowed themselves to be auctioned off for a friendly “date” with a fellow crew member. This along with the guest staterooms brought the highest of bids. An overwhelming majority of the ship’s crew attended, and dozens of crew members bid for items. The items for bid ranged in price from a minimal $10 to an overwhelming $1100.

The Park West Auction Team’s efforts, including the auction and several other crew fundraising activities headed by the team, have generated over $20,000.

These funds will go a long way toward improving the quality of life and care at the charities mentioned above as well as other charities the ship sponsors as part of an ongoing commitment to its ports of call.
Posted by Park West at 4:43 PM