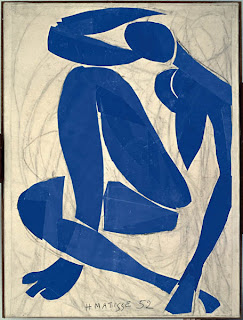 PARIS -- The Rodin Museum is staging a face-to-face encounter between two outstanding creative artists who were only a generation apart, Henri Matisse and Auguste Rodin. Rodin was the dominant figure in the sculpture of the period while Matisse, Rodin's contemporary for the first seventeen years of the 20th century, introduced revolutionary changes in its painting. The story of the encounters and relations between these two major artists is one that has remained unexplored until now.

When the two artists met for the first time, in 1899, Matisse was thirty years old and Rodin sixty. Matisse & Rodin will put forward some fresh thinking on what Matisse, the master of Fauvism, made of Rodin, on what his works can tell us about the affinities, correspondences or differences between the two artists.

On show to the public will be a wide-ranging selection of Matisse's sculpture, an aspect of his work to which no specific exhibition has been devoted since 1975. By selecting certain specific works and using a thematic approach, Matisse & Rodin sets out to show both points of convergence and divergence in the sculptural and graphic work of the two masters. It aims to explore Matisse's sculpture and drawings and, from the perspective of Matisse's art, to see Rodin in a new light.