"DEAR PARK WEST GALLERY CUSTOMER: My name is Michael Young and I am the CEO of Collectors Editions, the company which holds the exclusive licensing rights for the Salvador Dali - Walt Disney collaboration, Destino.

Park West Gallery is an agent for the artwork published by Collectors Editions from the Dali - Disney Destino project. We are very pleased with their professionalism and reputation and very much enjoy our mutual business relationship.

The Destino project itself is quite interesting and historically unique. It is really the only true example of animated Salvador Dali art in film. 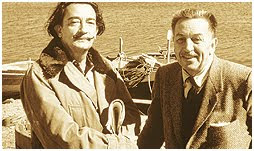 When Dali was living in California during the 1940’s he met Walt Disney at the home of Jack Warner and they decided based on their mutual respect for each other’s work to collaborate.

Dali considered Disney to be one of America’s great surrealist artists. They chose a Mexican love ballad as the theme and for many months at the Disney studios, Dali created drawings, paintings and storyboards for the project. For various reasons the project was never completed and the original art was left in the Disney vaults.

In 1999, Roy E. Disney, nephew of Walt, remembered the existence of the art and with his team reprised the project. The film was screened throughout the world, won numerous awards and the artwork has just completed a world museum tour where it appeared in the exhibition, Dali and Cinema. 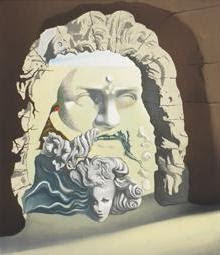 The Destino artworks published by Collectors Editions are of the highest quality graphic fine art works and have included various media: etchings, lithographs and serigraphs - all from Dali’s originals. The works are subjected to the highest scrutiny of artistic quality and are created in strictly limited editions.

We have observed increasing demand for the works over time and consider them highly collectable examples of one of the 20th Century’s most interesting artistic collaborations.

Congratulations on acquiring your works from Destino, and I wish you many years of enjoyment."