The Park West Foundation supports numerous organizations committed to strengthening positive values and leadership in communities around the world. The Foundation also hosts events for many charitable organizations each year, generating significant proceeds for many worthy causes. 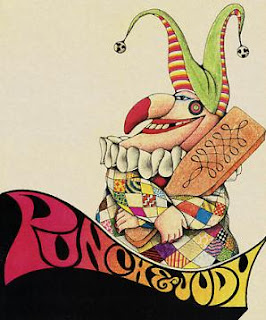 Exhibit honors artist who had talent -- and a disease
NEAL RUBIN • THE DETROIT NEWS
September 24, 2009

I only knew Nolan Ross when he was strange. I missed the part where he was just slightly peculiar -- and I had no idea how good he once was.

I feel bad about that. About flinching when he'd stop near my desk, mumble something and stare blankly at a spot on the wall above my head for an increasingly uncomfortable five minutes. About wondering why we'd hired this stiff who couldn't even draw a caricature of a tiger, for heaven's sake.

So maybe I'm making amends by telling everyone about the showing of his work October 3 at Park West Gallery in Southfield, a benefit for Michigan's Children. Or maybe I'm just impressed by the persistence of his brother, Carter, who's been trying for decades to hang Nolan's drawings where everyone can see them.

Mostly, though, I'm astonished at the art.

Nolan Ross was an illustrator at the other paper in the '70s and '80s. Quiet by nature, he was largely overshadowed by some of the big names there and by people like the late cartoonist Draper Hill here at The Detroit News. In Ross' obituary in 1997, a former editor described his work as "marvelously precise and truly daft," which might also have described the artist.

"He was incredibly talented and odd," says Jack Kresnak, a former reporter who's now the president of Michigan's Children. "It would take him a few moments to respond to your question or your statement, and it would come back to you in a slightly skewed way -- not mean or unkind, because he was truly gentle and kind-hearted, but not quite on center." 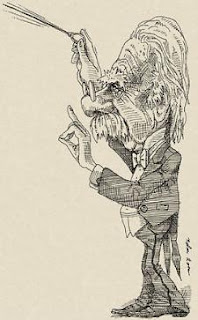 Getting his due
That was during the good times, when he was just another mild eccentric in a newsroom thick with them. By the mid-'80s, though no one knew it, he was beset with Creutzfeldt-Jakob disease, a genetic brain disorder often taken for Alzheimer's.

His dad died of it, too. Arthur Ross was a legendary GM designer whose kids graduated from Mumford High. Nolan, 54, and a resident of Livonia when he died, went on to what's now the College for Creative Studies. Carter, 69, became a mechanical engineer in Chicago.

Carter always felt his younger brother was unappreciated. As for whether his sketches are well-enough remembered to draw a crowd, "I'm as curious as anybody else could be," he says.

Ross has spent two full-tilt months at a computer, restoring Nolan's originals to look more like art than like newspaper illustrations dotted with dates, coding and instructions. He'll mount 60 of them at Park West and put 300 on slides to be projected against a wall: wine-quaffing dragons, superhero asparagus stalks, caricatures, cars, collages.

"We're just trying to give a shout-out to a man who did great work and had a sad ending," Kresnak says -- someone whose work still speaks eloquently, long after he couldn't.
____________