The Art Books of Matisse at the Haggin Museum 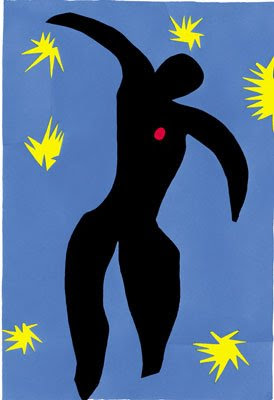 Now through September 20, the Haggin Museum presents The Art Books of Henri Matisse, an exhibition of original illustrations and text by one of the preeminent artists of the 20th century.

Best known for his boldly colored paintings, Matisse began experimenting with printmaking in 1903 and eventually illustrated 12 books, each issued in a limited edition and signed by the artist. The exhibition includes text and original illustrations from four of Matisse’s most artistically significant books.

Henri Matisse influenced a diverse number of art movements, artists, and schools of thought. His influence and innovations continue to inspire scholarship, interest and appreciation among art historians and lovers of art. Over the course of his 60-year career, he created a body of work that comprised paintings, drawings, prints, cutouts and sculpture, as well as costume and stage set designs.

Matisse was in his sixties and a renowned artist when he began to make books. Though the making of books was a new artistic realm for Matisse, he regarded the prints he created for books as an extension of drawing. The same flowing lines that characterized so many of his paintings carried over to the printmaking medium and related illustrations.

Among the printmaking techniques he used were etching, linoleum cuts, and lithography. While there are many shared elements between Matisse’s painting and his book illustration, there were some constraints that informed his process and approach. In book illustration, the goal was to establish a relationship between drawing and the existing text.

Working within the defined space of a book also created practical limitations not typical in painting. Visual images can be absorbed instantaneously, while the absorption of text requires a slower process of reading and analysis. For this reason, book illustration is valuable not only as an art form but also as a unique combination of the written word and visual art.

Henri Matisse once said, “Creativity takes courage," - do you agree?
Posted by Park West at 1:11 PM