Will the Next Bravo Reality TV Star Be an Artist? 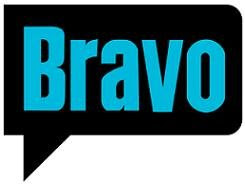 NEW YORK, June 30, 2009 / -– Bravo's latest stroke on the reality canvas brings Golden Globe and Emmy Award winner Sarah Jessica Parker and her production company, Pretty Matches, together with the Emmy-nominated Magical Elves ("Top Chef," "Project Runway") and Eli Holzman, to produce an hour long creative competition series among contemporary artists. The Untitled Art Project will bring together thirteen aspiring artists to compete for a gallery show, a cash prize and a sponsored national tour. Open calls for artists interested in competing in this highly anticipated new competition series will be held in cities across the country starting in July.

In each episode of the series, contestants will create unique pieces highlighting art's role in everyday life, while they compete and create in a range of disciplines including sculpture, painting, photography and industrial design (to name a few). In working beyond their preferred mediums, artists will have to adapt quickly in order to succeed. Completed works of art will be appraised by a panel of top art world figures including fellow artists, gallerists, collectors, curators and critics. The finalists' work will be showcased in a nation-wide museum tour.

Auditions will be held in July in Los Angeles, Miami, Chicago and New York.

For more information on "The Untitled Art Project" visit www.BravoTV.com/casting

Is the arts meeting reality TV a great idea or a disturbing concept? Share your thoughts here!
Posted by Park West at 1:42 PM